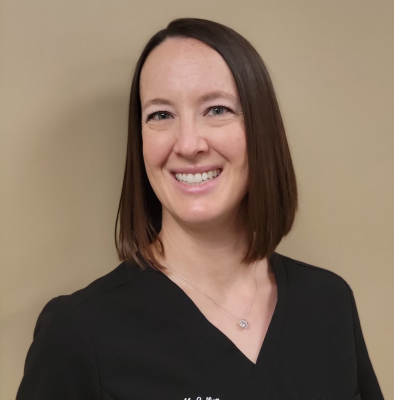 In 2005, after an ocular disease externship at Barnet Dulaney Perkins Eye Center in Phoenix, Arizona she moved permanently to Arizona with her husband. She began practicing as an associate optometrist at the Mesa Costco in 2005, and in 2008 she formed Oasis Eyecare. Professionally she enjoys helping patients of all ages achieve the best possible quality of vision and loves seeing the joy on the faces of children experiencing the world through their first pair of contact lenses.

Dr. McCallen and her husband reside in Mesa, Arizona with their two children.  Together as a family the McCallen’s love traveling to Northern Arizona and Colorado for cooler weather, camping, paddleboarding and swimming.